Agenda ・How to prepare a half cattle of sirloin

・Practice of cutting into Yakiniku slices.

Preparing a half cattle of the sirloin

A half of sirloin without cutting into blocks is called usually “chained”. It is better than small blocks as you get less wastage when forming the meat. Before trimming the fat on the surface, it could be ideal to leave some fat for approximately 3 fingers width from the short rib side to reduce the ratio of wastage and the final shape still looks good as steak cuts. To make sure you leave the fat strip, lightly draw a line where you would divide then start trimming the rest of the fat including the back.

After the trim, you can see where the sinew lays on the surface clearly. Take off the sinew carefully then form the entire piece to sealable shape. Wrap the whole sirloin tightly with cling film for approximately 1 hour to keep it solid and easy to make sirloin cuts later on.

From this session, I learnt how to reduce the wastage ratio. The removed sinew can be used for soup stock. It is quite easy to dispose the wastage however there is always a way to change the wastage to something useful for other dishes. 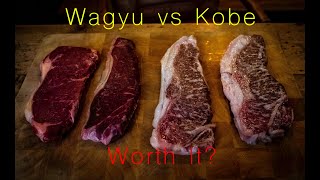